Client Profile:
A US branch of a global company was looking to grow its business and made some changes to its Regional Sales teams. The US CEO realized that two of their existing Regional VPs were not a good fit for the roles they were in and wanted to make necessary changes to help the company better advance its growth.

Challenge:
The CEO promoted two of his lead Sales Directors to Regional VP of sales in different territories. However, one individual was too controlling with his sales staff and often found himself butting-heads with them, while the other had never managed a staff before and found the task fraught with challenges. He wasn’t getting the necessary responses from his sales team to get their work done, especially paperwork, and he ended up doing most of it himself, taking away time from his other responsibilities. 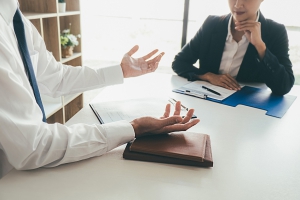 Solution:
People Resource Strategies was brought in to help the Regional VPs to help them become savvy managers. PRS provided coaching to both these individuals and helped them discover their strengths through the use of assessments. PRS recognized that each Regional VP had unique set of challenges and worked with them simultaneously, providing them with tools specific to their personalities and the personalities of the staff so that they each were able to get what they needed out of their respective staff. They also both learned how to evaluate their sales force and groom their staff to better meet the challenges ahead.

The one VP recognized his demanding and controlling personality and how to better temper them so he was able to work better with his seasoned sales staff. He also had a better understanding on how to hire the right candidate to ensure a better fit with his team.

The second VP learned how to manage his staff better and hold them accountable for their roles so that he was able to delegate the responsibilities which belonged to his sales team instead of taking them on himself.

Both teams continue to thrive under the direction of their respective VPs.